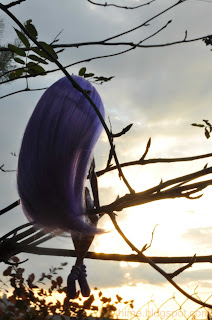 Once upon a time, in the mythical times when I was young, I had fewer dolls and among them there was a hollow-body, cheap mermaid. I called her Lena. As I grew up, I turned to better quality dolls, but kept this one, like a good memory. Some time ago I've noticed that Lena was starting to fall apart, her head got all greasy and her hair - oxidized and brittle. So I launched a project to make a new, better Lena, one to last.

IHime
I have two passions in my life: rats and dolls. Plus a pug and a toddler in the house.